In the wake of the COVID-19 pandemic, state and local governments throughout the U.S. ordered restaurants, bars, and shopping centers to shut down, while essential businesses were permitted to remain open. These drastic measures have forced small and large companies to close their doors forever; however, most businesses are still struggling to find ways to morph what was a viable business model into something capable of surviving for the next 12 months.  Force majeure, or the so called “Act of God” provision associated with all contracts, is an essential tool in helping businesses traverse the COVID-19 valley of death.

Today, California follows a strict four-tier color system that allows counties, and consequently businesses, to gradually reopen based on the number of confirmed COVID-19 cases per day. As businesses adhere to this reopening plan, they should continue to question whether they (or the other contracting party) were legally excused from performing their contractual obligations during the Shelter-In-Placeorder or anytime thereafter.

This article provides an analysis of California’s force majeure defense that may excuse a party from performing his or her otherwise required contractual duties.

What is Force Majeure?

Force majeure—which means “superior force” en français—excuses a party’s nonperformance of a given contractual duty when an unanticipated event, such as a pandemic or epidemic, occurs. Many contracts contain a force majeure provision in them, but, for those that do not, the force majeure defense is available by statute.

Section 1511 of the Cal. Civ. Code provides that a party is excused from a contractual obligation when performance is prevented or delayed by (1) operation of law or (2) an irresistible or superhuman cause.

The broad language of section 1511(1) invites the question of whether Governor Newsom’s Stay at Home order rendered performance of a contractual obligation illegal, impracticable, or frustrated the underlying purpose for why both parties entered into the contract.  California’s controlling law has historically allowed for a broad interpretation of the language of section 1511(1).

For instance, in Indus. Dev. & Land Co. v. Goldschmidt, 56 Cal. App. 507 (1922), the plaintiff entered into a commercial lease agreement that restricted his use of the property to the operation of a liquor business. After Congress passed the Prohibition Amendment, the plaintiff argued that he was excused from paying any further rents because the operation of his business became illegal. The court sided with the plaintiff, finding that the lease agreement became inoperative after the passage of the 18th Amendment, which excused performance of his contractual duty. Id. at 509.

Likewise, in Johnson v. Atkins, 53 Cal. App. 2d 430 (1942), the court held that a Colombian buyer was not liable for breach of contract because the Colombian government refused to issue the buyer a legal permit to accept a shipment. The court reasoned that had the buyer accepted the goods he would have committed an unlawful act, which justified his nonperformance. Id. at 432.

However, just because an event may fall within the purview of section 1511(1), it does not mean that a party is automatically excused from satisfying their contractual obligations.  There are limits to this rule, and each potential application of section 1511(1) will require a fact-intensive inquiry of the surrounding circumstances.

In Dwight v. Callaghan, 53 Cal. App. 132 (1921), for instance, the defendant claimed he could not satisfy his contractual duties because the U.S. government purchased a large quantity of the same materials the defendant needed to satisfy his contractual obligations. The court found that the plaintiff had acquired the same materials from other suppliers such that the government’s interference with defendant’s performance did not render performance impossible; but, instead, just more expensive than the defendant had initially anticipated. Id. at 137.

This case and the many that came after it showcase the fact intensive nature of a force majeure inquiry.  What appears “impossible” to one person is, in reality, merely more difficult.  In such circumstances, a court will not permit a party to avoid liability simply because performance is more costly or burdensome than originally anticipated.

“Acts of God” encompass the latter section of 1511(2) and excuse a party’s nonperformance if a natural event, like a pandemic, earthquake, or flood, occurs that renders performance impossible. In most instances, the court’s ruling will often turn on whether the natural event was unanticipated by the parties at the time of contracting.

For example, in Ryan v. Rogers, 96 Cal. 349 (1892) (Yes, 1892), the defendant pleaded that he was unable to complete his deliveries because heavy rainfall had flooded his usual delivery route. The court found that the defendant knew—before signing the contract—that rainstorms were a common occurrence during that time of year, and defendant’s usual delivery route was often flooded after a heavy rainstorm.  Based on these findings, the court concluded that the flood was not unforeseeable, but expected at some point during the life of the contract and held the defendant liable for breach of contract.  Id. at 353.

In comparison, the court in Ontario Deciduous Fruit-Growers’ Ass’n v. Cutting Fruit-Packing Co., 134 Cal. 21 (1901) held that a farmer was excused from furnishing specific varieties of fruit because the farmer’s orchards were “affected by an extraordinary drought.” Id. at 25. The court concluded that the farmer “[cannot] be made to perform impossibilities” in light of extreme weather conditions that were not contemplated by the parties when they signed the contract. Id.

Although both cases are extremely old, courts will turn to these cases as guidance as there are no recent decisions on the application of section 1511(2) and they are still good law.  The underlying principle in both cases is that courts will not excuse a party’s nonperformance just because of a natural event, like severe weather, that interferes with the party’s performance. The court’s inquiry is whether the natural event was foreseeable by the parties when they executed the contract. If an impediment to a party’s performance is anticipated or reasonably foreseeable at the time of contracting, the concerned party should draft a contract to account for such risk.

In looking at the statutory interpretation of 1511, the Coronavirus pandemic may on its surface will likely qualify as an “Act of God.”   Some argue that the Coronavirus outbreak is a natural event because we did not intentionally create the virus; rather, it is a natural product of our interactions and actions.  Even if the Coronavirus does not meet the definition of “natural event,” the resulting effects of the pandemic, such as Governor Newsom’s order touched on above, likely trigger the application of section 1511 to a variety of otherwise required contractual obligations.

The occurrence of an event specified in the force majeure clause does not automatically excuse a party from fulfilling their contractual commitments. Instead, the nonperforming party claiming nonperformance was justified due to an unforeseen event must satisfy two requirements.

The first requirement is the event that caused the party’s nonperformance must have been unforeseeable at the time the parties signed the contract. This requirement is akin to the analysis above regarding section 1511(2) and the holding in Ryan v. Rogers, 96 Cal. 349 (1892).

Second, performance must have been “impracticable” or “impossible” when performance was due, which largely mirrors the analysis of section 1511(1). Specific to force majeure provisions included in a contract, the nonperforming party must demonstrate that performance would cause them to suffer “an extreme loss, expense, difficulty, or injury.” Butler v. Nepple, 54 Cal. 2d 589, 599 (1960). However, a party cannot avoid liability merely because performance was more costly or burdensome than originally anticipated. Id.

Butler illustrates that fact intensive inquiry that is require for a proper analysis of this defense.  In Butler, Nepple breached the contract because the steelworkers’ union went on strike, and he could not obtain the steel needed to satisfy his contractual commitments.  Critical to Nepple’s argument was that the force majeure clause specified that if the steelworkers’ union went on strike, his performance was excused.  Despite the clear language of the force majeure provision, the California Supreme Court disagreed. The court held that Nepple failed to show the other steel manufacturers’ prices were “extreme and unreasonable” based on what he usually paid.  The court concluded that had Nepple satisfied his contractual obligations and obtained the requisite steel, Nepple would have only incurred a “mere increase in expense,” which does not justify a party’s nonperformance of a given contractual duty. Id.

As of now with Courts just now reopening, there have been no California State Court or District Courts interpreting whether performance was excused due to Governor Newsom’s Stay at Home Order.  The closest we get is 9th Circuit District Court case out of Hawaii interpreting Hawaii law, but even that case illustrates the fact intensive nature of these inquiries.

In NetOne, Inc. v. Panache Destination Mgmt No. 20-cv-00150-DKW-WRP, 2020 U.S. Dist. LEXIS 99089, at *7 (D. Haw. June 5, 2020), the plaintiff was scheduled to hold a four day event that started March 22, 2020.  As part of that event, they paid the defendant $121,000 as a security deposit for services.  On March 11, due to Coronavirus, plaintiff cancelled the event and made a demand for their security deposit from the defendant.  After filing suit, plaintiff filed for summary judgement arguing that the defendant was legally required to return the security deposits to the plaintiff because it had cancelled the contract under the force majeure clause of the contract.  The court pushed back stating that because the force majeure clause did not have a remedy associated with the excuse, the issue of whether the plaintiff was entitled to his security deposit back was not going to be subject to a motion for summary judgment.

Despite this early ruling, the current interpretations of 1511 seem clear: if a the Shelter in Place Order restricts a business from operating or performing their contractual duties, then the performing party will be excused from performance so long as they can trace their inability to perform to Order itself.  It gets more complicated when we have businesses that may have been open, but are unable to perform due to COVID-19.  Some will argue that COVID-19 was reasonably foreseeable and, therefore, not a sufficient excuse for performance.  Others may have difficulty tracing the inability perform to COVID-19 directly, after all, not all businesses were impacted the same.

From a practical perspective, the availability of force majeure as an excuse to non-performance will be leveraged to facilitate negotiations in what otherwise would have been very straight forward breach of contract matters.  Neither party will be in a position to resolve cases without a trial and juries will be left to decide the applicability of these provision.  As a result, it is likely that many enforcement actions that would have been brought, particularly with respect to personal guarantees, will never see a court room.

The materials available at this website are for informational purposes only and not for the purpose of providing legal advice. You should contact your attorney to obtain advice with respect to any particular issue or problem. Use of and access to this web site or any of the e-mail links contained within the site do not create an attorney-client relationship. The opinions expressed at or through this site are the opinions of the individual author and may not reflect the opinions of the firm or any individual attorney. 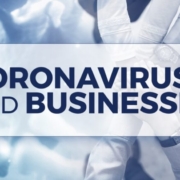 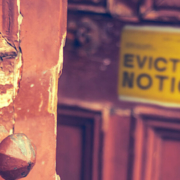 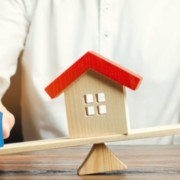 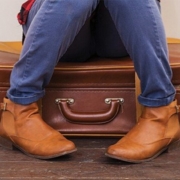 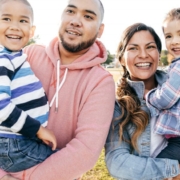 3 Things You Need to Know About Small Claims Court

Chapter 420 Bankruptcy?: How In re United Cannabis Could Open the Doors to Bankruptcy...