On September 1, 2021, the Ninth Circuit issued its ruling in the case of In Re Nichols. The Circuit Court held that a debtor has an absolute right—without exception—to dismiss his Chapter 13 bankruptcy case under Section 1307 (b) of the Bankruptcy Code. In reaching its holding, the Ninth Circuit departed from an established precedent that when the bankruptcy court is confronted with a debtor’s motion to dismiss under Section 1307 (b) on the one hand, and a creditor’s motion to convert under Section 1307 (c) on the other, the court may convert the case from Chapter 13 to a Chapter 7 proceeding if there is evidence of bad faith or abuse of the bankruptcy process by the debtor. In Re Nichols is a significant and impactful holding in the Ninth Circuit because it informs all bankruptcy practitioners and creditors that even when a debtor has abused the bankruptcy process and engaged in bad faith, the debtor may escape the consequences of his actions by filing a motion to dismiss, which, according to In re Nichols, the court must grant.

The Relevant Statutes & Prior Law

The relevant statutes are Sections 1307 (b) and (c) of the Bankruptcy Code. Section 1307 (b) states in pertinent part:

On request of the Debtor at any time, if the case has not been converted under section 706, 1112, or 1208 of this title, the court shall dismiss a case under this chapter. Any waiver of the right to dismiss under this subsection is unenforceable.

The Supreme Court first pointed out that Section 1307 (c) permitted the bankruptcy court to dismiss or convert a Chapter 13 case “for cause,” which encompasses a debtor that engaged in bad faith or abused the bankruptcy process. The Supreme Court reaffirmed that bankruptcy courts are courts of equity and have “broad authority . . . to take any action necessary or appropriate ‘to prevent an abuse of the process.’” Id. at 1111-12 (quoting 11 U.S.C. § 105 (a)). Armed with the expansive powers of Section 105 (a), the Supreme Court bridged the gap between Sections 706 (d) and 1307 (c). The Court held that when a debtor engages in bad faith conduct or abuses the bankruptcy process, the debtor is not a qualified debtor under Chapter 13 and thus, cannot satisfy the requirements of Section 706 (d).

Many courts throughout the country, including the Ninth Circuit, interpreted Marrama to hold that Section 105 (a) permitted bankruptcy courts to abrogate the absolute rights of debtors when there is evidence that the debtor engaged in fraud, bad faith, or abused the bankruptcy process. The expansive interpretation of Marrama paved the way for the Ninth Circuit’s holding in Rosson v. Fitzgerald (In re Rosson), 545 F.3d 764, 777 (Ninth Cir. 2008) (“Rosson”) and other cases throughout the country.

In Law, the trustee expended over $500,000 in attorneys’ fees in an adversary proceeding against the debtor. The trustee alleged the debtor fraudulently created a second position lien on his property to preserve his equity in the same. The bankruptcy court found in favor of the trustee. At the conclusion of the proceeding, the bankruptcy court granted the trustee’s motion to surcharge the entirety of the debtor’s homestead exemption to pay for the trustee’s attorneys’ fees. Section 522 (k) of the Bankruptcy Code states that funds safeguarded by the homestead exemption cannot be used to pay for administrative expenses.

In a unanimous decision, the Supreme Court held that Section 105 (a) “does not allow the bankruptcy court to override explicit mandates of other sections of the Bankruptcy Code.” Id. at 11. The Supreme Court found that the lower court “exceeded [the] limits of its authority under Section 105 (a) by surcharging the debtor’s entire homestead exemption,” which the Court found was a clear violation of Section 522 (k) of the Bankruptcy Code. The Supreme Court then turned its attention to clarifying its ruling in Marrama.

Writing for the Supreme Court, the late Justice Scalia wrote that Marrama stands for the limited proposition that courts may use, as a supplement to Section 706 (d), their equitable powers under Section 105 (a) to deny a debtor’s motion to convert from a Chapter 7 to a Chapter 13. The Supreme Court reasoned that Section 105 (a) was only relevant to the holding in Marrama because it allowed the Court to avoid the “procedural niceties” of granting the 706 (a) motion to convert, then dismissing or converting the case pursuant to Section 1307 (c) due to the debtor’s bad faith.  More bluntly put, Section 105 (a) and its application in Marrama “did not endorse . . . the view that equitable considerations permit a bankruptcy court to contravene express provisions of the Code.” Id. at 426.

In Nichols, the Ninth Circuit found that Law rejected the broad sweeping language in Marrama that the Circuit Court relied upon to reach its decision in Rosson. The Ninth Court held that Rosson was no longer good law because Law made clear that even when there is evidence of bad faith, the bankruptcy court cannot utilize its equitable powers under Section 105 (a) to override the debtor’s absolute right to dismiss under Section 1307 (b) of the Bankruptcy Code.

Because Law overruled Rosson, the Ninth Circuit revisited the actual text of Section 1307 (b), which states in pertinent part: “on request of the debtor at any time . . . the court shall dismiss the case under any chapter.” [emphasis added]. The term “shall” “creates an obligation impervious to judicial discretion” and mandates action by the court. Id. at 13. Finding no other exception to Section 1307 (b), the Circuit Court held that Lawoverruled Rosson and that, in the Ninth Circuit, the debtor has an unqualified right to dismiss their Chapter 13 case at any time.

The holdings in Nichols and Law are significant and impactful for all bankruptcy practitioners. For Nichols, it is clear that the debtor has an absolute right to dismiss their case at any time—without exception. On the other hand, Law is entirely expansive. The holding in Law teaches us that the bankruptcy court’s equitable powers under Section 105 (a) are limited. The bankruptcy courts cannot explore the equities of the case when interpreting a statute that uses the terms “shall” or “must”; but, instead, the bankruptcy court must strictly comply with the Bankruptcy Code and, essentially, turn a blind eye to the realities of the case and circumstances. Only time will tell whether Nichols and Law further the spirit of the Bankruptcy Code and provide equal protection to debtors and creditors in bankruptcy court.

[1] Section 706 of the Bankruptcy Code states in pertinent part:

(d) Notwithstanding any other provision of this section, a case may not be converted to a case under another chapter of this title unless the Debtor may be a debtor under such chapter. 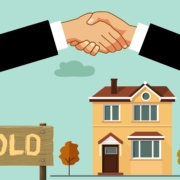 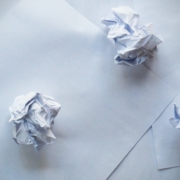 Does The Coronavirus Pandemic Qualify As a Force Majeure Event?

Update for California Landlords and Renters: California’s Eviction Ban Is Expected to Be Lifted 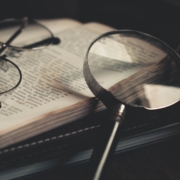 Contracting Around the Discovery Rule? Don’t be SOL

Standing to Sue: Possession vs. Ownership of Trade Secrets Scroll to top