Mounting such a fight, however, has not come without its challenges.  The primary group pushing back against Save San Diego to try and keep San Diego’s short-term rental market alive and thriving is “Share San Diego,” a coalition of San Diegans in support of short-term rentals.  Naturally, Share San Diego is strongly supported by short-term rental companies, such as Airbnb and HomeAway.  Short-term rental units generate nearly $300 million annually for San Diego homeowners and an additional $200 million for the surrounding businesses.  For perspective, the San Diego Padres—San Diego’s only professional sports franchise—generated only $266 million in total revenue for all of 2017.   Obviously, there is a lot at stake when trying to regulate an industry of this size.

Despite resistance from Share San Diego and other proponents of short-term rentals, Save San Diego looked like they achieved victory back in July and August of 2018 when the San Diego City Council voted to outlaw vacation rentals in secondary homes, limiting short-term stays to one’s primary residence only.

The victory, though, was only temporary.

In response to the City’s decision to regulate short term rentals, Share San Diego put together a referendum petition that garnered over 62,000 San Diegan signatures in support of challenging the regulations.  The petition forced the City to either rescind the ordinance or to have a public vote on the ordinance.  On October 22, 2018, as a result of the referendum, the San Diego City Council made its choice and voted 8-1 to rescind the newly minted short-term rental ordinance—the ordinance that the Council passed barely three months earlier.

How Did We Get Here

What Are We Yelling About?!

Specifically, in October 2017, Alan Nevin of the Xpera Group published a study focusing on the economic impact of short-term rentals in San Diego.  The study concluded that short term lodging in the City of San Diego generated almost $500 million in spending ($300 million direct and $200 million indirect and induced spending), $700,000 in sales tax revenue and over 3,000 jobs[1].  San Diegans earned $5.2 million over Labor Day weekend alone as they hosted 15,000 travelers. For comparison, as stated above, the San Diego Padres generated $266 million in total revenue in 2017.

As posited by Save San Diego Neighborhoods, short-term rentals disrupt San Diego communities by creating businesses in areas that were designed and intended to be purely residential communities.  Unlike even monthly rentals, a short-term rental involves significantly more moving parts and, more often than not, a different type of customer.  The infrastructure (i.e. roads, law enforcement, garbage collection, utilities, community maintenance) needed to support a vacation renter, short term or otherwise, is fundamentally different than that which is required to support a residential tenant.  When the frequency of vacation renters is drastically increased through short-term rentals, the strain on the communities’ infrastructure is exacerbated.  At some point, the strain will become too much.  Similar to the SDSU Mini Dorm issue, the character of neighborhoods and the stability of communities are necessarily and unavoidably jeopardized, or at the very least, transformed, by the proliferation of short-term rentals.

One of the other main policy arguments put forth by Save San Diego Neighborhoods is that short-term rentals drive up rental and housing costs for San Diego residents.  As outlined in our prior article related to rent control, rents in San Diego have increased substantially over the last three years. The average rent in March of 2018 in San Diego was $1,887, which represented a 20% increase since 2015.  The median cost of rent is simply much higher than the average San Diegan can afford, which is causing families to be pushed into suburban neighborhoods where rents tend to be lower.  However, Save San Diego Neighborhoods argues the increase in short-term rentals removes thousands of otherwise available long-term rental homes from that market.

Similarly, from a homebuyer’s perspective, Save San Diego Neighborhoods argues the increase of short-term rentals is naturally drawing otherwise uninterested investors to the residential housing market.  The average potential homeowner is then forced to compete with investors whose sole business model is based on valuations associated with vacation rentals.  The California homeownership rate already lags around 10 percentage points below the national homeownership rate, 54.6% versus 64.2%.  That means that Californians rent at a rate that is 10% higher than the national average.  In a market where investors are already competing with primary residence holders for middle class housing, the ever-expanding short-term rental market provides yet another obstacle to middle class homeownership.  Put another way, with the ease of short-term renting created through sites like Airbnb, what is to prevent Pacific Beach and Ocean Beach from becoming like Mission Beach where over 44% of the homes are used as vacation rentals?

The economic benefit cannot be denied and will continue to be the primary argument of Share San Diego and those in favor of short-term rentals in San Diego.  Opponents of short-term rental regulations will not try to deny this fact.  That is not to say, however, that the economic benefit cannot be outweighed by a more compelling interest.  In this instance, that interest is preserving the character and stability of a community and preventing the fundamental, unanticipated transformation of communities.

There is one other, overlapping reality to this ongoing short-term rental saga: technology.  Similar to the taxi industry and Uber, short-term rentals existed long before AirBnb and HomeAway came along.  Airbnb simply made short-term rentals much more accessible in the exact same way that Uber made ride-sharing so easy that it has become ubiquitous.

However, government, especially at the local level, is extraordinarily poorly equipped to regulate technology.  This is especially true in an emerging market where even those that are shaping the landscape of the technology cannot claim to have visibility beyond three or four years.  This fundamental shortcoming is exacerbated by the political nature of the California housing market and the size of the short-term rental market.  This does not even begin to address the legal implications of such a decision (another blog for another day).  The technological component and the political considerations surrounding short-term rentals will make it extremely difficult for a local body of government, such as the San Diego City Council, to regulate.

To Sum It All Up

Share San Diego and Save San Diego Neighborhoods each present strong arguments in favor of their respective positions.  However, the reality is that attempts by the City of San Diego to regulate the short-term rental industry will inevitably benefit one side over the other.  Ultimately, because of the relative strength behind each side in this fight and the arguments each side presents, this matter is likely to be resolved through a ballot measure and public vote.

While the most recent short-term rental ordinance from July 2018 may have had a short life span, if any at all, the potential for compromise between the two sides—one that furthers each of their goals—is certainly within the realm of possibility and one that San Diego and its residents should strive to achieve. 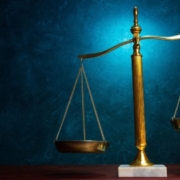 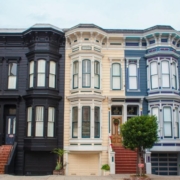 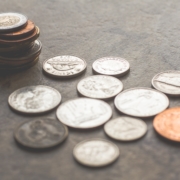 Insolvency and Corporate Responsibilities To Creditors

Commercial and Residential Evictions in California in the time of COVID-19 (Part 1 of 3) Updated as of: August 13, 2020

The Stadium Proposals: Sometimes, Nothing is Better than Something Scroll to top