In 2004, the City of San Diego adopted the “Tenants Right to Know Ordinance,” which is a just cause eviction ordinance.  The RTK Ordinance significantly impacts a landlord’s ability to terminate, or refuse to renew, the tenancy of a long-term residential tenant by requiring the landlord to provide cause for termination.  Generally, the RTK Ordinance states that if a landlord wants to terminate a residential tenancy of more than two years, the landlord must have one of nine enumerated reasons for doing so and must inform the tenant of such reason at the time of serving the requisite notice under California law.  The stated purpose of the RTK Ordinance is “to promote stability in the San Diego rental housing market and limit adverse impacts on long-term residential tenants displaced and forced to find replacement housing in the expensive and limited San Diego housing market.

The RTK Ordinance, San Diego Municipal Code Section 98.0730, states the following nine reasons upon which a landlord can rely to terminate or refuse to renew a tenancy consist of the following:

For example, if a landlord wanted to end a residential month-to-month tenancy that has lasted for over two years and that pertains to a property in the City of San Diego, the landlord could only do so if one of the foregoing reasons existed.  If one of the reasons existed, the landlord would serve the proper notice to the tenant as ordinarily required under California law (i.e. 3-day, 30-day, 60-day notice, whichever the case may be), and the landlord must include the specific reason for termination in the notice.  This differs from the general practice in California wherein a landlord can terminate a month-to-month tenancy by simply providing a 30-day or 60-day notice, for any reason and such reason need not be given to the tenant.

Additionally, further ambiguity arises where a landlord relies on the “Correction of Violation” cause to terminate a tenancy.  The RTK Ordinance provides that a valid cause to terminate a tenancy exists if the landlord needs possession of the property in order to make “necessary repairs and construction” to the property in question.  This obviously begs the question of what is “necessary,” which is not surprisingly undefined in the RTK Ordinance.  Again, the issue has yet to be sufficiently litigated to create any sort of certainty around the issue for landlords seeking to evict.

Landlords need to be cognizant of the requirements of the RTK Ordinance in order to smoothly and efficiently evict a long-term residential tenant.  Failure to adhere to the provisions of the RTK Ordinance could substantially and negatively impact a landlord.  At a minimum, the landlord will suffer the lost time and inconvenience of having to serve a new notice that includes proper cause for eviction.  If the landlord has gone so far as to actually commence an unlawful detainer suit based on the bad notice, the consequences can potentially be far worse.  Not only will the tenant win the eviction case and the landlord will have to start the entire process over again, thus losing more time and rent, but a successful win for the tenant could subject the landlord to paying the tenant’s costs and attorneys’ fees.

The creation of the RTK Ordinance affirmative defense also creates a level of unpredictability for landlords when renting properties in the City of San Diego.  Naturally, landlords will need to assess this potential risk and unpredictability associated with the RTK Ordinance and will take such risk into account when renting their properties to potential tenants.

Given the above, if you want to terminate a long-term residential tenancy, be sure to consult a real estate litigation attorney to help ensure that you are in compliance with the provisions of the RTK Ordinance and California eviction law.

The materials available at this web site are for informational purposes only and not for the purpose of providing legal advice. You should contact your attorney to obtain advice with respect to any particular issue or problem. Use of and access to this web site or any of the e-mail links contained within the site do not create an attorney-client relationship. The opinions expressed at or through this site are the opinions of the individual author and may not reflect the opinions of the firm or any individual attorney. 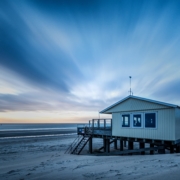 AirbnBe Careful What You Ban: The Coastal Commission’s Broad Authority Over Short-Term Rentals in California 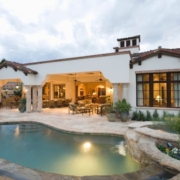 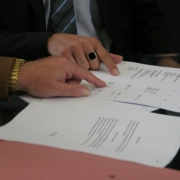 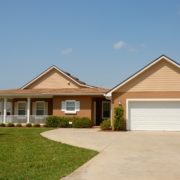 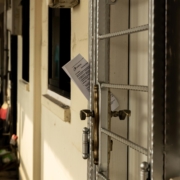 Commercial and Residential Evictions in California in the time of COVID-19 (Part 2 of 3) Updated as of: August 13, 2020